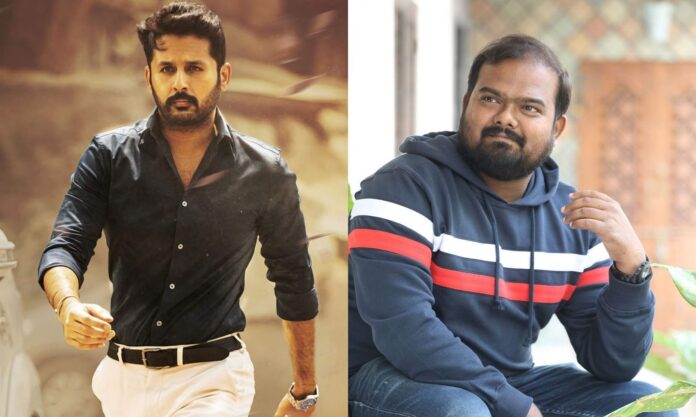 Bheeshma was a massive blockbuster in hero Nithin’s career, which was directed by young director Venky Kudumula. National Crush Rashmika Mandanna appeared as the lead in the film. Now, according to the latest reports, these 3 are said to be joining the hands again for a new film.

Venky Kudumula was supposed to work with Megastar Chiranjeevi for a comedy entertainer bankrolled by DVV Cinema, but there has been no update whatsoever on the progress of this project, leading to speculations that they have shelved the film.

Nithin was last seen in the mass action entertainer Macharla Niyojikavargam, which turned out to be a commercial failure, and it was heavily criticized by the audience and reviews as well. Nithin hoped that he can get a mass image from this film but sadly his attempt was unsuccessful.

At present, Nithin has a film under the direction of Vakkantham Vamsi who last directed Allu Arjun’s Naa Peru Surya Naa Illu India.

On the other hand, Rashmika mandanna was featured in Vijay’s Varisu which became the Pongal winner. Let’s wish that the lucky combination of Nithin, Venky Kudumula and Rashmika Mandanna will produce another blockbuster.