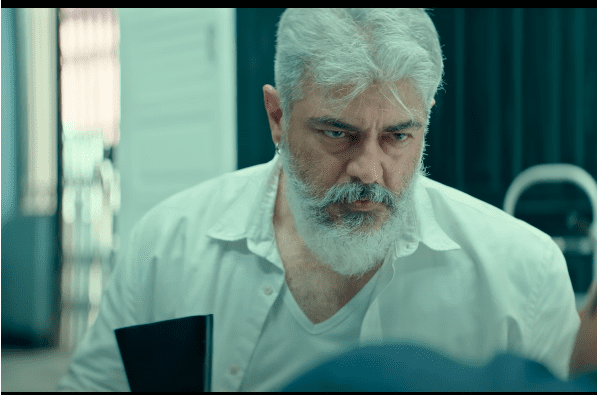 After Nerkonda Parvai and Valimai, Thegimpu is the third film in the combination of Ajith, H Vinoth, and Boney Kapoor. This time, the trio as picked up a heist-action entertainer as the premise and the trailer surely created great curiosity. Does the movie have enough to sustain this or is it another case of well packaged but not the well-made product? Let’s find out.

Story: The movie starts with an elaborate bank robbery plan which is hijacked by Darkdevil. Who is this darkdevil and what relation he has with the robbers and what he got involved in this robbery/hijack scheme? This is what the movie follows.

Performances: Ajith Kumar steals the show in Thegimpu; he makes a big entrance, shakes his leg frequently, sends goons flying, and moonwalks through this cakewalk of a movie that doesn’t ask too much of him. Ajith portrays Dark Devil, a lone mercenary who works for hire and has another side to him as well. Manju Warrier ably supports Ajith and is a great addition to the cast. Other cast members like Samuthirakani and John Kokken don’t have anything new and are a part of Ajith’s one man show.

Analysis: Thegimpu is a commentary on various things and banks and money are one of them. Vinoth tries to ensure this whole process doesn’t get preachy but the Telugu audience have seen something similar very recently. Overall, Ajith and Vinoth have tried to give a novel treatment to the man vs the system trope but falter at various places due to screenplay and narration issues

Thegimpu tries to infuse commercial elements in its narration on social issues such as media manipulation, banking, and money among others, and just uses heist as a platform. While the audience may expect an out-and-out heist action thriller, Thunivu gives them a social drama with strong action points.