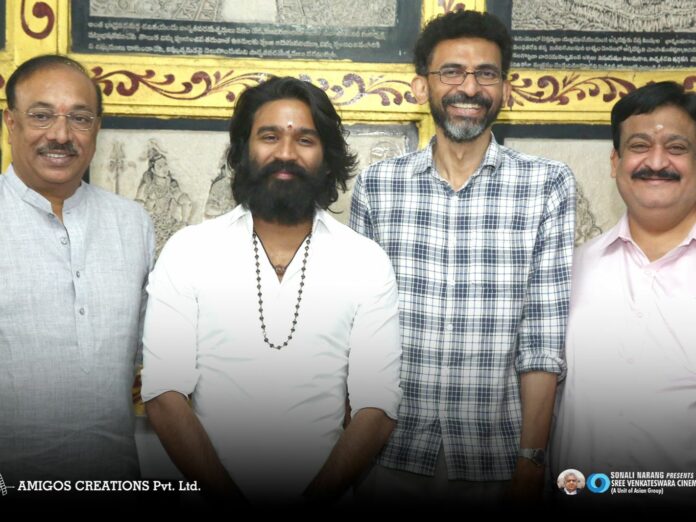 A sensational combination that has been waiting for launch has finally started. Pooja ceremony of Tamil star Dhanush and Telugu noted director Shekar Kammula happened in Hyderabad. This will be the first pan India movie of Shekar Kammula.

Dhanush is already doing a Telugu Tamil bilingual film called Vaathi (Sir in Telugu). That movie is directed by another Telugu director, Venky Atluri. Dhanush has always been accepting the stories from various languages, he previously did many Hindi and also English ones.

Now he is doing back to back Telugu films. Shekar is known to make movies that have feel good love tracks with strong female characters. His lead heroes also get solid roles and movies like Leader, Happy Days remain as classics.

It appears that the movie with Dhanush is not a love story. It is being that this movie is likely to be in the thriller genre. Furthermore, it is surprising that Shekhar Kammula, who has been seeing success until now by touching on sensible topics and screening beautiful love stories, is getting ready to experiment with the thriller genre for the first time with Dhanush.

Love stories have been the forte for Kammula till now. Feel good entertainers have come out from him, except for the remake of ‘Anamika’. With this news, there is a discussion going on about Shekhar choosing the thriller genre.

There are speculations that it will be made with thrilling elements in the background of politics. We hope this exciting combination works for Dhanush and Kammula to get exposure to other language markets for both of them.