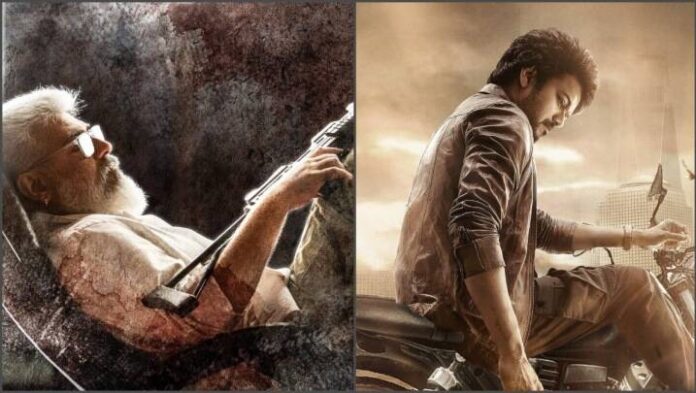 Sankranthi/Pongal is one of the two biggest festive seasons for Tamil movies. Usually two big films compete with each other, this time Thala Ajith and Thalapathy Vijay who are the Top 2 Heroes of the Tamil Industry are going to lock horns for 2023 Pongal.

Fans have already started comparison and the competition between the two fan bases is in full force. Discussions about number of screens in which both movies will be released is the current hot topic.

Varisu starring Thalapathy Vijay is one of the two hot favorites. Directed by Vamshi Paidipalli and produced by Dil Raju, this movie is holding a lot of theaters in Telugu and Tamil.

Red Giant pictures owned by Udayanidhi Stalin bought the rights of Thunivu. Discussions happened between Varisu team and Red giant, but deals were not done, and eventually the rights went to Seven screen studio. Red giant is the biggest distribution house in Tamil nadu at present. Hence they are holding more theaters for Thunivu than Varisu.

This is creating a bit of pressure on Vijay fans. Their opponent Ajith movie is getting better quality and quantity of theaters and this may lead to dominance at box office.

However, if the content is bad, no matter how many screens are present, people choose the better movie. Hence, these things won’t matter much except for the first few shows and opening day collections. The fate of the movie depends entirely on its entertainment quotient and nothing else.