HomeMovie NewsIt’s the end of an era in Telugu cinema, All senior stars...
Movie News

It’s the end of an era in Telugu cinema, All senior stars passed away 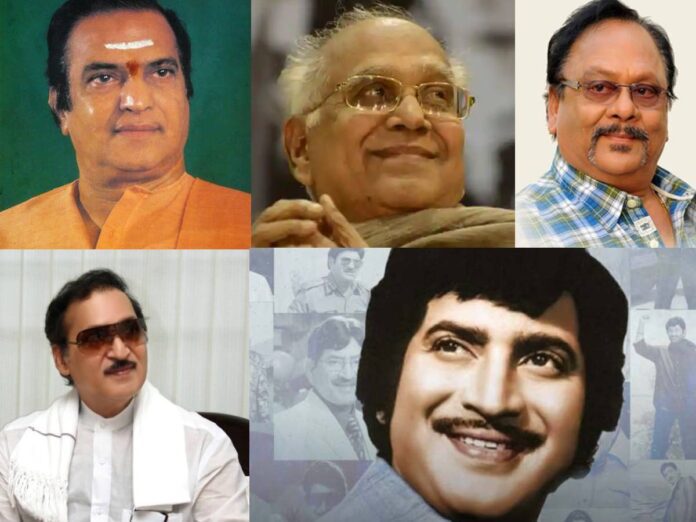 Telugu cinema has lost its last superstar of its golden era. All the five Superstars who ruled Tollywood and taken cinema to the hearts of masses aren’t with us now. NTR, ANR, Krishna, Shoban Babu and Krishnam Raju were the biggest superstars of their era.

Each one of them has their own individuality and personality. Their influence was beyond acting, and they were successful in politics, philanthropy etc.

NTR is the eldest of them all, but ANR is the senior most in the movie industry. They both enjoyed superstardom in the black and white era. Krishna was very much fond of NTR and met him and asked for a role.

See also  I Didn't Expect This Much Love for the Film: Rishab Shetty during Kantara Success Tour

NTR suggested him to complete graduation. Krishna later did a couple of movies in which his daring attitude in fights impressed Producer Doondi. He was offered Gudachari 116 which changed his career thereafter. There is no looking back for Krishna, who went on to become a superstar. Unfortunately, the movie industry has lost him in his 80th year.

The demise of Krishna filled Tollywood with sorrow. It has lost the last legend of Telugu film industry from 70s era. This year has seen other legend passed away from this lot. Rebel star Krishnam Raju who was known for his powerful roles, passed away recently.

Except Shoban Babu, all these superstars have established their heirs in film industry to continue their acting legacy. Mahesh Babu effectively carrying his father’s glory.

But it is a tough time for Tollywood to see all the legends leave the industry. They have always been there for industry whenever there is a conflict. They lobbied for the industry’s welfare with various governments.

It is sad to say, but Tollywood has now truly become a family without the head of the family.