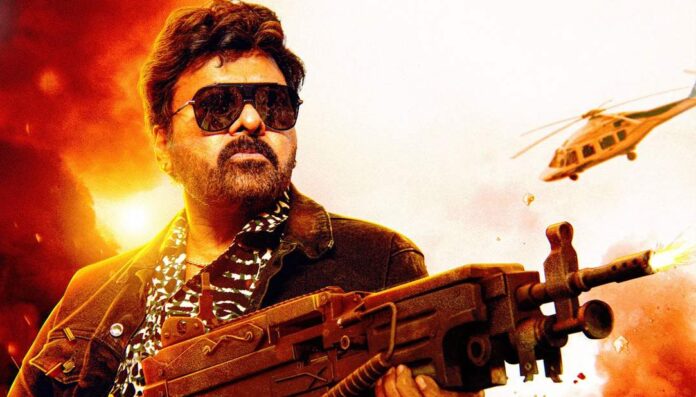 Megastar Chiranjeevi is making his way to the big screen with the much-awaited Waltair Veerayya. Both he and his fans have pinned massive hopes on this project as his last two films Acharya and Godfather failed to meet expectations. This is why Chiranjeevi has turned to an out-and-out commercial entertainer and is looking to revive his glory by giving us a glimpse of vintage Megastar. Let’s find out what worked for the film and what didn’t

Story: Veerayya (Chiranjeevi) is a fisherman who’s a do-gooder and often helps the authorities on various issues. Solmon (Bobby Simha) is an escaped convict on the run and Seethapati (Rajendra Prasad) is determined to catch him. This is where he comes across Waltair Veerayya with whose help he plans to nab the dreaded criminal. How does the plan go and how are these lives interconnected forms the story.

Performances: Chiranjeevi is the whole and soul of the movie and is back to his strong zone. He dances, mouths dialogues, and expresses a wide range of emotions with terrific ease. However, movie lovers have seen Chiru doing these in countless films to perfection and they might be left asking for more due to high expectations from Megastar. Shruti Haasan, just like in Veera Simha Reddy has nothing to offer apart from being a part of dance numbers. Ravi Teja in a special role breathes life into the second half and his combination scenes with Chiranjeevi are a treat to watch. His energy and screen presence heightens the entertainment dose big time. The rest of the cast of Bobby Simha, Prakash Raj, Rajendra Prasad are well cast and have done justice to their characters.

Analysis: Waltair Veerayya is loaded with commercial elements and has enough ‘poonakalu’ moments for fans. But it is another routine commercial entertainer aimed at playing safe and doesn’t explore the depth and capacity of Megastar Chiranjeevi. Familiar tropes and routine scenes are the biggest drawbacks of this film and Bobby should have emphasized the fresher screenplay and novel treatment of this routine subject.

Waltair Veerayya totally panders to fans and doesn’t take itself too seriously. Director Bobby has crafted the movie as per fan’s requirements and there are enough glimpses of Chiru from 90s that everyone would enjoy. The film has its moments of fun but it also has scenes that would make you question Bobby’s vision and Megastar’s conviction.