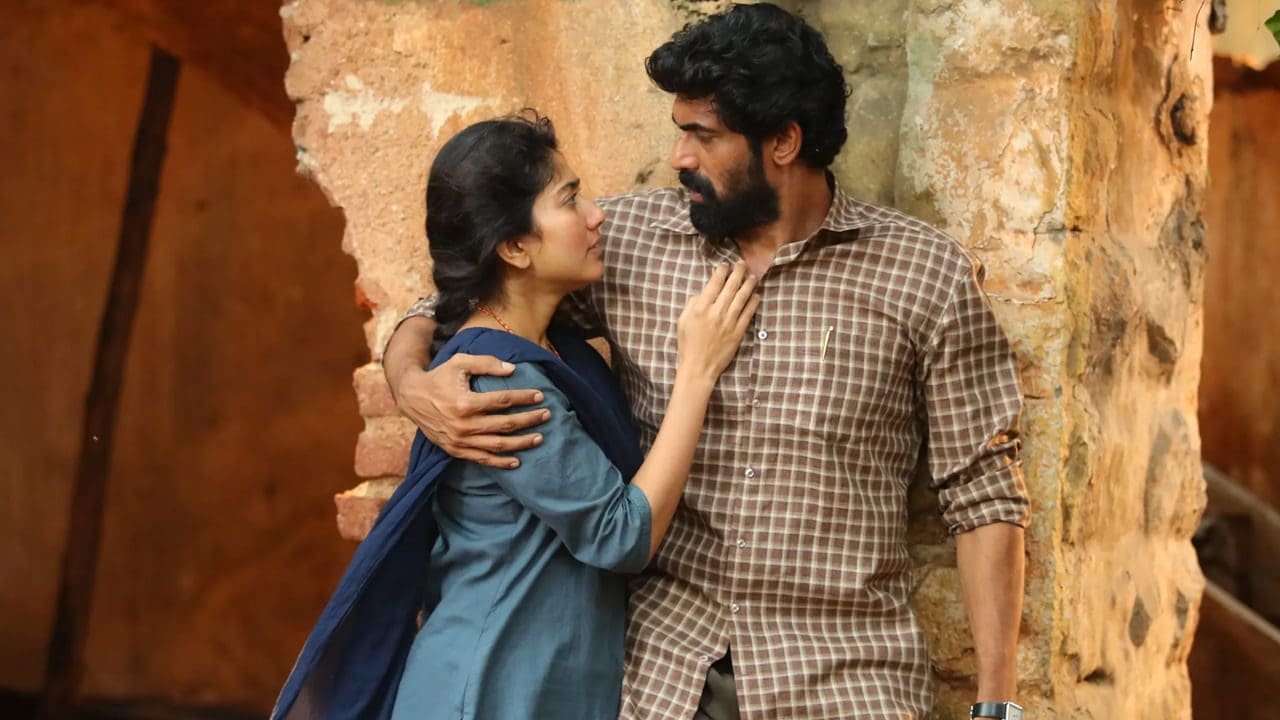 Rana and Sai Pallavi starrer Virata Parvam has hit the screens today and if the trailers are anything to go by, the movie promises to be an intense portrayal of romance, action and high voltage drama. The movie features an extremely talented support cast in the form of Nandita Das and Priyamani. Director Venu Udugula who shot to fame with Sri Vishnu starrer Needi Naadi Oke Katha has pinned high hopes on this period action drama. Let’s see if the movie packs the punch.

Story: The story follows the journey of Vennela (Sai Pallavi) a strong willed girl who falls in love with Aranya ( Rana), a naxal leader, after reading his revolutionary writings. She sets out on a journey to meet the love of her life. Aranya alias Ravanna is focussed on his mission and how his life changes after Vennela enters his world is what the story is about.

Performances: The movie entirely belongs to Sai Pallavi and Rana. The duo have given extraordinary perfromances and are spot on with their pronunciations and slang of rural Telangana. The duo look natural and have delivered another inspiring performance. Sai Pallavi breathes life into the Vennela character and has a terrific character arc which she does complete justice to. Rana looks great as a naxal leader and has the perfect body language and intensity required to carry off such a role. The support cast of Nandita Das, Priyamani, Zarina Wahab, Eswari Rao have little portions and it would have been better if the plot utilized them a bit more.

Analysis: Virata Parvam has great potential of being a raw romantic action film however, the lags in screenplay and major disconnects in character development hamper the overall movie experience. The second half especially feels a bit dragged out and the movie slowly looses grip on the audience as it reaches the end. All in all, tighter screenplay and crisp editing would have made the movie a much better experience. Sai Pallavi and Rana’s performance would have further elevated with a better execution.

Verdict: Virata Parvam has all the ingredients of being an epic story. However, some major loopholes in establishing characters and their motives and predictable scenes shed water over the efforts. More focus on the cause of Naxal movement and Vennela’s motivation to joing Aranya would have helped the movie immensely.