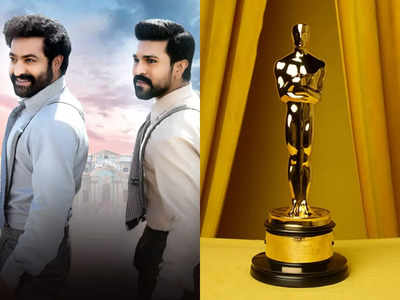 RRR makes Telugu and Indian Cinema proud as Naatu Naatu, the chart buster song which turned into a talk of the town since a few days worldwide and had audiences across nations grooving to its beat, continues its winning rampage with an Oscar nomination in the category of Best Original Song.

With this nomination, the song stands a good chance to win the glorious slam of the decade – Golden Globes, Critic’s Choice Awards, and the prestigious Oscar Awards.

As mentioned above, the chart buster has already picked up two coveted awards – the Golden Globe and the Critic’s Choice Award. The song won against powerful contenders like Taylor Swift’s hit track ‘Carolina’ from the film ‘Where The Crawdads Sing’, ‘Ciao Papa’ from Guillermo del Toro’s ‘Pinocchio’, Lady Gaga’s ‘Hold My Hand’ from ‘Top Gun: Maverick’ and Rihanna’s ‘Lift Me Up’ from ‘Black Panther: Wakanda Forever’.

RRR became the second Indian language song to secure a Golden Globe Award. A decade earlier, the song ‘Jai Ho’ from the 2008 movie ‘Slumdog Millionaire’ won a Golden Globe in the category of Best Score-Motion Picture.

The ‘Naatu Naatu’ song is composed by MM Keeravani and penned by Kala Bhairava and Rahul Sipligunj. Ram Charan and NTR breathed life and extensive energy into the song with their mind-blowing and effortless dance.