Premam director is not accepting the Gold movie failure 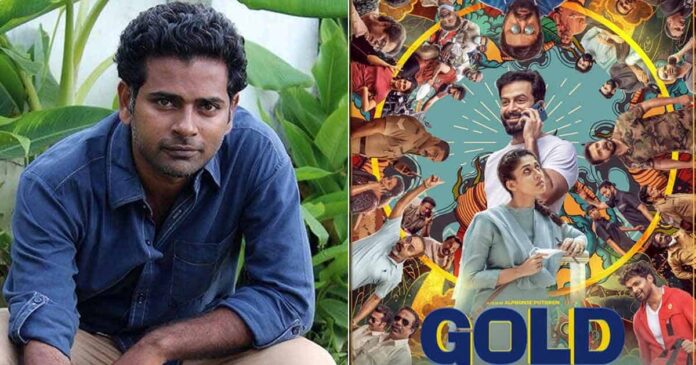 Director Alphonse Putren said that in India, only Kamal Haasan is qualified to say that his film is bad. The director’s retort was to a remark which came to the Alphonse Putren in response to the criticism raised against him. Alphonse’s reply was to a fan who told him to accept that ‘Gold’ is a poor film. Alphonse’s reaction has become a troll now.

A man wrote a comment on the post shared by Alphonse Putren stating that ‘Gold’ is a bad movie, accept it and make the next film. Alphonse replied by adding this is wrong, bro. You can tell you don’t like the movie, but the only person I have seen in India who can tell my film is bad is Kamal Haasan, sir. He is the sole person who knows more about the film than me. Then, when you repeat it again, insist that you don’t like it,’ noted Alphonse.

After Premam (Malayalam) Alphonse has taken a long gap and came with Gold and the film disappointed the audience and has given miserable losses to the buyers. But Alphonse’s response to the criticism is getting trolled by netizens.

See also  Thunivu and Varisu are not releasing on 11th January?

Netizens say that the director cannot digest the failure and him telling excluding Kamal Hassan no one has the right to judge his film is a silly statement.

Gold, starring Prithviraj and Nayanthara, Shanthi Krishna, Prem Kumar, and others, did not receive a good response from the audience and critics. Listin Stephen and Prithviraj collaborated on the production. The film was produced under the banners of Prithviraj Productions and Magic Frames.

Magic Frames distributed the film. Alphonse Putren himself did the screenplay for the film. Rajesh Murugesan composed the film’s music. Shabarish Verma is the lyricist for the film.