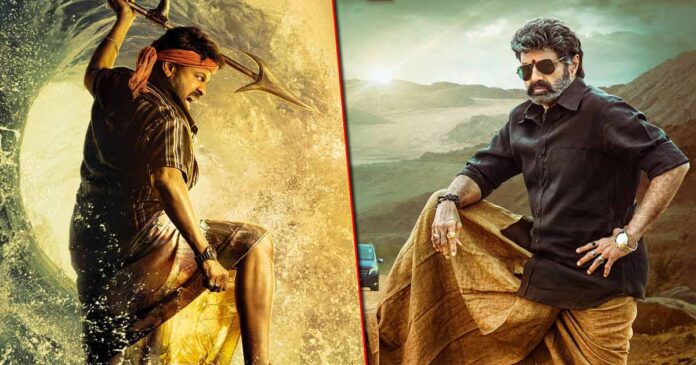 In a competition one film will win and other will lose. But winning by the double margin is what fans cannot take at all. Megastar Chiranjeevi already did this in the past with Balakrishna when Khaidi No 150 defeated Gouthami Putra Satakarni with double margin.

However, the domination of Khaidi No 150 was dedicated to Chiranjeevi’s comeback and in those days Balakrishna wasn’t in his best form as well. But things seemed to be different for this Sankranthi during the pre-release days of Waltair Veerayya and Veera Simha Reddy as everyone thought Balakrishna image has changed, and he reached Chiranjeevi’s stage and even the openings of his film were huge.

Balakrishna movie had higher opening than Chiranjeevi’s film as per the expectations, but everything has changed from there as now in most of the territories Waltair Veerayya is putting more than double numbers of Veera Simha Reddy which is hurting the fans of Balakrishna.

Entertainment always works big at Sankranthi box office and this is the main reason for Waltair Veerayya’s success as the film has enough ingredients of entertainment with comedy, songs, and elevations which worked well for the film.

Whereas Veera Simha Reddy had Balakrishna’s fierceful appearance and few elevations to its share, but apart from that, the film was a boring affair.