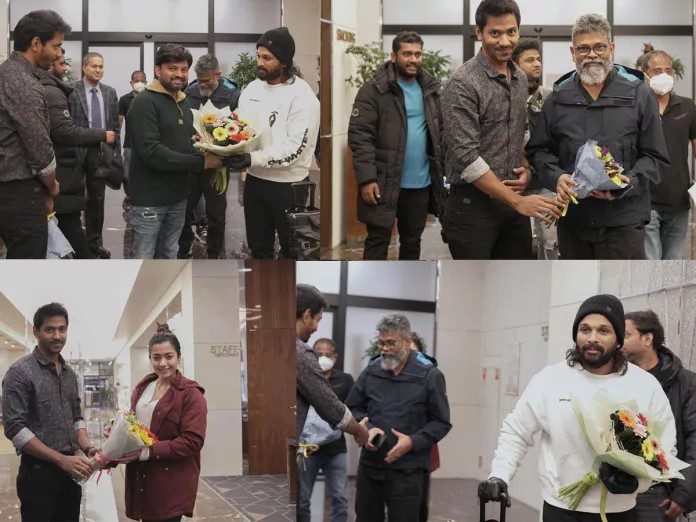 Icon Star Allu Arjun with Pushpa: The Rise team including Sukumar and Rashmika Mandanna has landed in Russia to take part in the promotions of this Pan Indian blockbuster ahead of its release in the country on December 8th.

The pics of Allu Arjun in Russia went viral on social media. We can see Allu Arjun wearing a white shirt and black trousers. Ahead of the grand release, the team unveiled the Russian version trailer on Tuesday.

Pushpa: The Rise’ directed by Sukumar of Rangasthalam fame has created sensation worldwide. The film collected whooping collection figures across multiple languages, its craze and hype has been very consistent right from the first day of its release.

Having created a lot of craze across the boundaries, now Sukumar’s masterpiece Pushpa: The Rise, which has national crush Rashmika Mandanna as the leading lady, is all set to release in the Russian market on 8th December.

Pushpa: The Rise’ Russian language Special premieres on Dec. 1st at Moscow and Dec 3rd at St. Petersburg. In Russia, Bunny will take part in the promotions ahead of the film release.

Despite opening to mixed response from the audiences and critics on day 1, Pushpa the Rise has managed to collect big numbers at the box office thereafter.