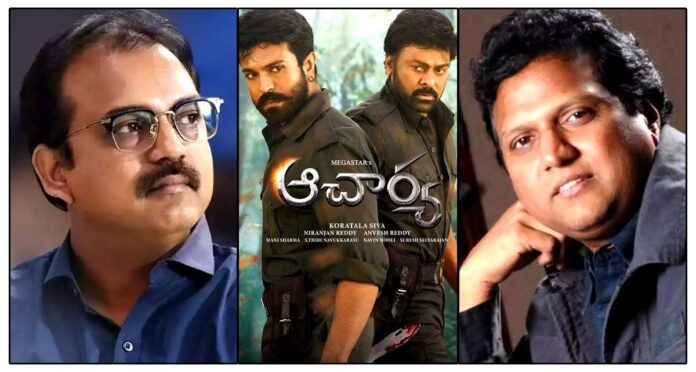 Acharya has been creating controversy ever since it became a big disaster. As a saying in the industry goes, ‘Success has many friends, but Failure remains an orphan’. The same has been the case for Acharya.

Mani Sharma’s latest remarks about Acharya music have reiterated the same quotation now. It was previously seen that Megastar Chiranjeevi in an interview with Film Companion has attributed the result of Acharya entirely on director. He said that he and Ram charan did whatever director said, hence the result is on Koratala.

Following the same trend, Mani Sharma who attended the Ali tho Saradaga program anchored by comedian Ali, defended the weak background score of the movie by blaming the director’s decision.

He said that he had done various films and knew what Megastar movies need in terms of music. But Koratala insisted on giving new kind of music, so Mani had to junk his decision.

Generally, key decisions about the movie are made by directors. New age directors try to control every aspect of 24 crafts. Koratala might have done the same, but he is getting more criticism than anyone as many from the team Acharya are pointing fingers at him.

This isn’t the first disaster in the industry, just for scoring a flop made Koratala a punch bag. This isn’t a good sign, as mistakes happen for anyone. We hope this stops soon, and Koratala Siva delivers the best possible output with NTR30 which in turn would prove his mettle.