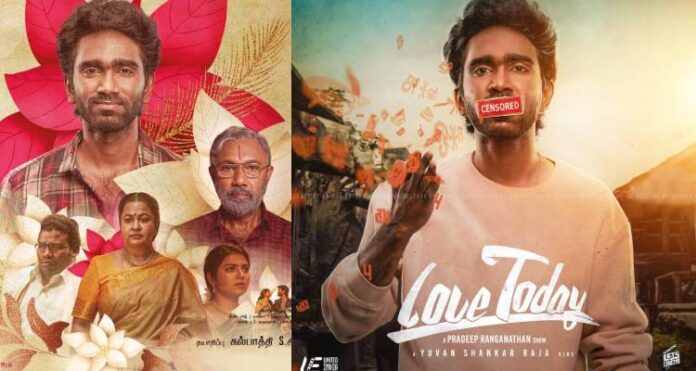 After creating a storm at the Tamil Nadu box office and emerging as a sleeper hit in Tollywood, Pradeep Ranganathan’s Love Today was released in its Telugu version this Friday. The film received widespread acclaim for its unique take on modern relationships and received great box office returns. Seeing the unanimously positive response in Kollywood, Dil Raju decided to release the movie in Telugu states. Let’s see if it has enough to entertain the Telugu audience as well

Story: Pradeep and Nikita (Pradeep and Ivana) are in love with each other and want to take their relationship to the next level. The couple is a typical modern couple with their own virtual lives and social media personas. Nikita’s father (Sathyaraj) agrees to their marriage on one condition- they have to exchange their mobile phones for a day. How this condition changes the couple’s lives and their impression of each other. What’s it impact on their relationship is what the movie is about.

Performances: Pradeep has done a great job as a modern-day youngster with his own insecurities, mannerisms, and life. He fits the role requirements perfectly and is particularly good in comic scenes. Ivana looks great on the screen and has done a good job overall. Sathyaraj, as always is dependable and provides great maturity to the proceedings. His role in this rom-com is one of its highlights and kudos to the casting director for choosing Sathyaraj. Other characters like Radhika Sarathkumar, Yogi Babu provide the perfect fodder for the proceedings

Analysis: Love Today is a good take on modern relationships and their intricacies. The dynamics of social media and its impact on our lives have been well explored and the best part about the film is that it doesn’t get too preachy. Yuvan Shankar Raja’s music adds good value to the proceedings. Slow narration in the initial parts aside, the film engages and entertains you will.

Love Today is a good watch for a weekend outing with friends. The film does a good job at highlighting modern relationship problems and the emotional scenes between parents and their children are breath of fresh air. The film will definitely appeal to its target audience- i.e the Youth