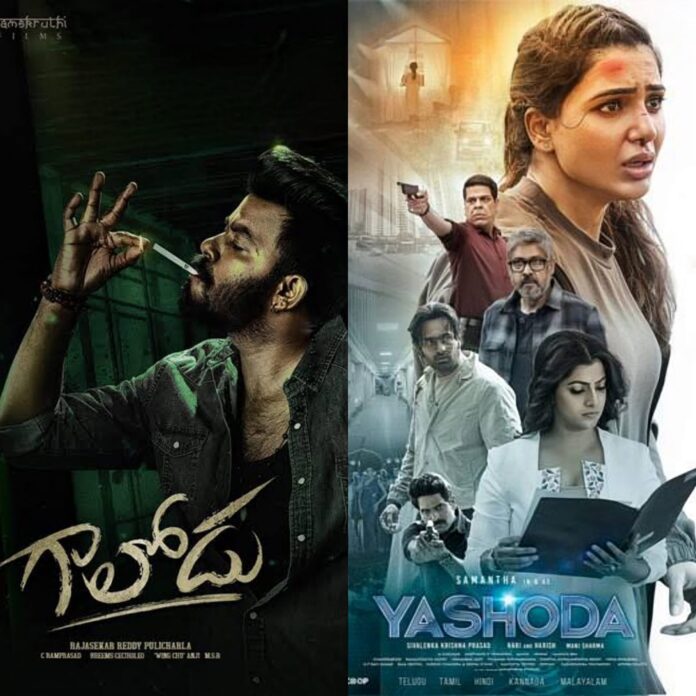 Gaalodu is an unexpected sensation at 4 crores gross until now. It is racing towards profits. With this rage at box office, it has surpassed Yashoda this weekend. The film has already recovered 80% of the theatrical rights, valuing at 2.5 crores.

This shows that Sudheer enjoys considerable following, as the movie released with zero hype. The promotions are below par. Nee Kalle Diwali song which became super hit was the only thing which drawn attention from the audience before the movie’s release.

On the other hand, though, Samantha’s Yashoda has seen sharp opening weekend, but it suddenly dropped on weekdays. The space Yashoda left is being used by Gaalodu. This shows that mass entertainment still has relevance in tollywood. Audiences are waiting for such content.

Sudigali Sudheer worked hard to get the fame, and he has always enjoyed a strong fan base when it comes to the Jabardasth show. But the popularity wasn’t translated into the movies, he was not successful in bringing the audience to the theaters for his first two movies. Whether it was Software Sudheer or Wanted PanduGod, both movies were utterly dismissed by everyone.

With Gaalodu, it looks like Sudheer has set himself a strong market for mass audiences. But he must be wise in his upcoming choices and not choose routine scripts to just please a few people. We can only hope that he uses this market wisely and goes for some unique stories.