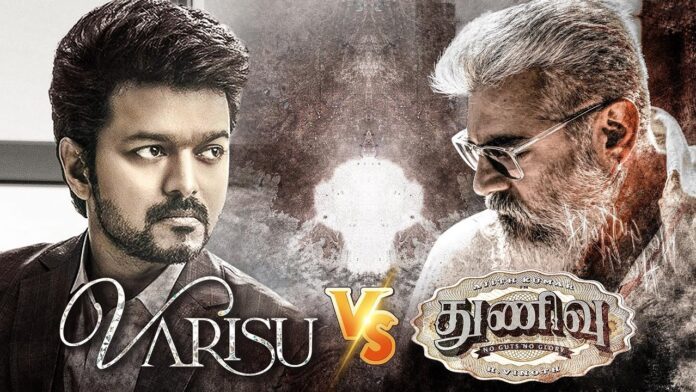 Both Varisu and Thunivu were released to mixed reviews but thanks to Ajith and Vijay’s star power, the Pongal season and the following days were blockbuster ones. Overall, Varisu has bigger numbers than Thunivu for sure. But, the pre-release business of the movies are quite different.

Thunivu pre-release business is it 80Cr + Whereas Varisu business is valued at 140Cr+ . Ajith’s film is a breakeven in each and every territory it released in. It is running in profits in Karnataka, Overseas, and Tamil Nadu. In Kerala, which is traditionally Vijay’s stronghold, Thunivu has reached a breakeven value.

Coming to Varisu, the film was sold at huge prices. The numbers are still in the breakeven range in most areas. The overseas rights are sold at 35Cr the film’s share as of now is around 32Cr. A few areas have already ended up as a loss venture. In Kerala, around 1.5 Cr of loss is expected while In Karnataka, the movie is just in the range of breakeven. In Tamil Nadu, this Vijay starrer still needs to collect around 15Cr gross for breakeven which is easily possible.

Pawan Kalyan fans are not happy with Badri re release

Pawan Kalyan fans are not happy with Badri re release

NTR , Ram Charan and Rajamouli no one has got nominated for Oscars