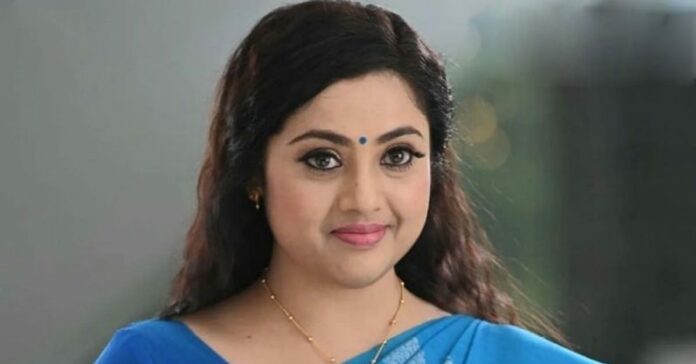 It is known that senior actress Meena has lost her husband recently. Her husband passed away recently due to post COVID-19 health issues. It is a shock for everyone in the industry and also for her fans, as her husband is just around 50 years of age.

This 46 years old actress is now getting compulsions from family to remarry. She has been attending movie shootings of late. We don’t know whether she is keen to marry, but her close associates have said that Meena would marry again.

Rumours are also spreading that Meena would marry someone from her family friends. Her would-be is a friend of her late husband as well, according to sources.

Meena got married to Vidyasagar in 2009. Meena’s husband worked as a software engineer. But he passed away on June 18 this year due to illness. The family members of Meena, who lost her courage after the death of her husband, hoping that her second marriage will brighten her life. Meena is now thinking of marrying a person who is a family friend.

There are reports that she has told her family members that she does not want to marry for the second time. But the family members are requesting Meena’s marriage, saying that even if she doesn’t need a husband, her daughter needs a father, so she should get married.

See also  I'll Invite Sirish to Unstoppable and reveal all of his secrets: Nandamuri Balakrishna

However, we have to wait to see how things would turn up. Currently, she is living with her daughter who is known for her role in Theri movie with Thalapathy Vijay. Women marrying again after demise of husband is a welcoming thing, we hope Meena restarts the marriage journey with flying colors.