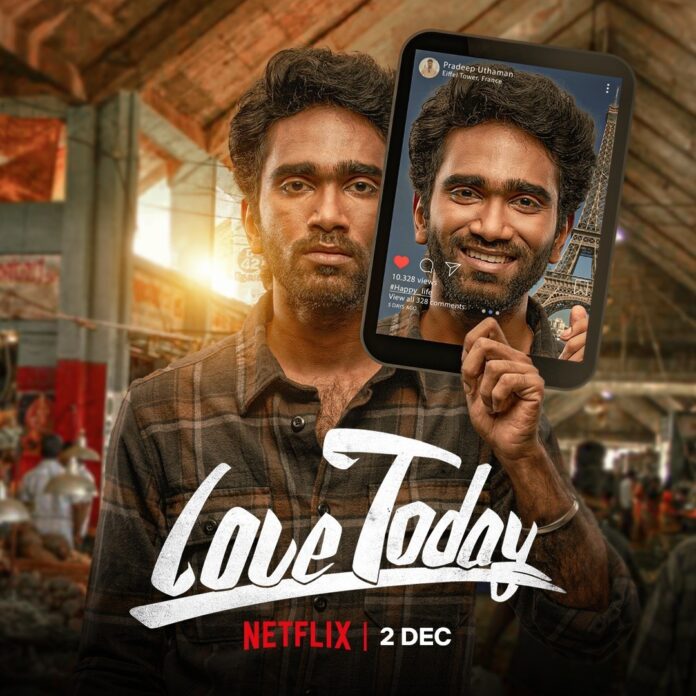 Pradeep Ranganathan’s Love Today has taken the box office by storm. After emerging as a blockbuster in Tamil Nadu, the film was released in Telugu states last week. The film received positive reviews and saw great occupancies and collections over the weekend.

The film collected Rs 2 crores on its opening day in Telugu. Looking at the current trends, the movie may end up collecting more than 15 crores in Telugu States which is a great return on investment for Dil Raju.

The film received widespread acclaim for its unique take on modern relationships and received great box office returns. It is now all set for its OTT release. Love Today will release on 2nd December on Netflix. This release will only be for the Tamil version and the other versions including Telugu will release for Christmas.

Sathyaraj, Ivana, Raadhika Sarathkumar, and Yogi Babu feature in key roles, while the film’s music is scored by Yuvan Shankar Raja. Pradeep Ranganathan has directed this film along with starring in the lead role. Made with a budget of just Rs 5 crores, Love Today is closing on the Rs 100 crores collection