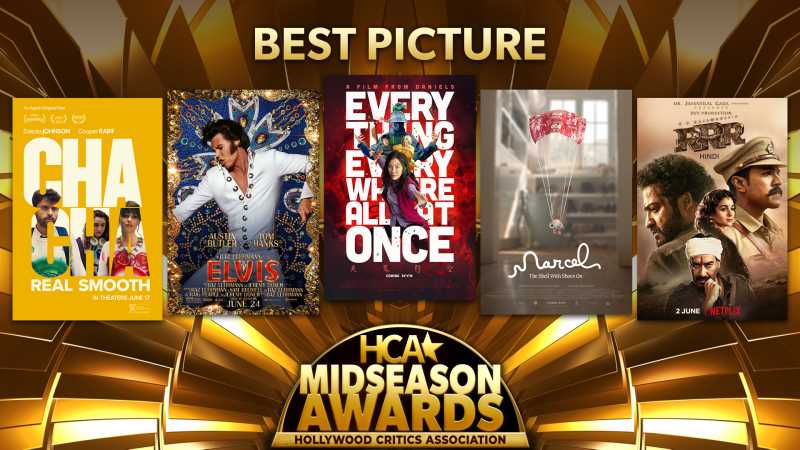 Ram Charan and Jr NTR’s film ‘RRR’ is resounding in foreign countries as well. Directed by SS Rajamouli, this film is making the country proud on foreign soil after making a splash in the country. Recently the Hollywood Critics Association announced the nomination list for the 2022 Midseason Awards. Interestingly, India’s ‘RRR’ film has also managed to make a place in this list among many big Hollywood films. The team of ‘RRR’ itself has given this information through its Twitter handle.

The team of the film ‘RRR’ has given this good news to the fans from Tuesday through their official Twitter handle. This Twitter handle retweeted the post of the Hollywood Critics Association, writing, “Glad to see RRR nominated for Best Film.” The Hollywood Critics Association is an association of critics primarily based in California. These midseason awards are given to recognize the best films made in the first half of 2022. This award is for those films which have received good responses from American critics.

People were waiting for this multi-starer film for a long time. After its release, this film made many records of earnings in its name. According to the figures, the film did business of 273 crores only in the Hindi belt. Apart from this, the film had collected 772.1 crores all over the country. At the same time, if we talk about its worldwide collection, the film has earned more than 1100 crores.