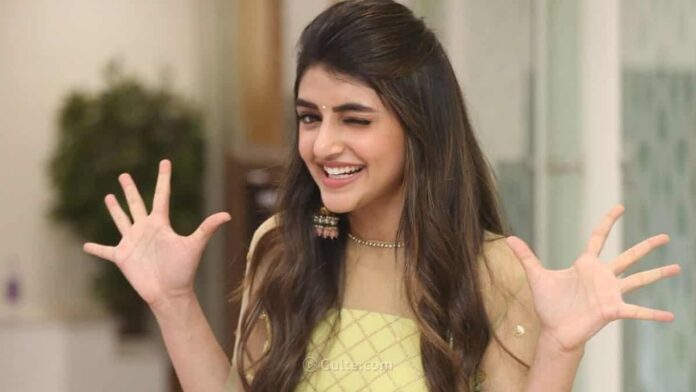 Sreeleela got a a great craze among the youth with her charm and good looks in her debut film, Pelli SandaD. She has made a remarkably positive impact in the industry and received excellent offers and craze as an actress. Audience are also going crazy by looking at her screen.

Sreeleela was one of the major reasons for great collections of Raviteja’s Dhamaka and in the movie she was the biggest plus point with her performance and dances. She mesmerized everyone with her energy levels and the film has become a turning point in her career.

Now because of Sreeleela’s craze, other actresses are being forced to cut their remunerations. Star heroines like Rashmika Mandana , Pooja Hegde , Samantha, Shruthi Hassan, Keerthy suresh , Kiara Advani all these actresses are demanding huge remunerations between of 3 – 4 Crores.

However, with Dhamaka Sreeleela got massive craze in all sections of audience, and she was one of the main reasons for Dhamaka success as said above. Now she is getting offers in big movies too as she already signed films with Star Heroes like Mahesh Babu and Balakrishna.

Another thing is she is taking very less remuneration compare to other heroines. Producers are pointing out this to other leading actresses. The latest reports have at it that a few actresses are ready to cut their remunerations to grab the opportunities.