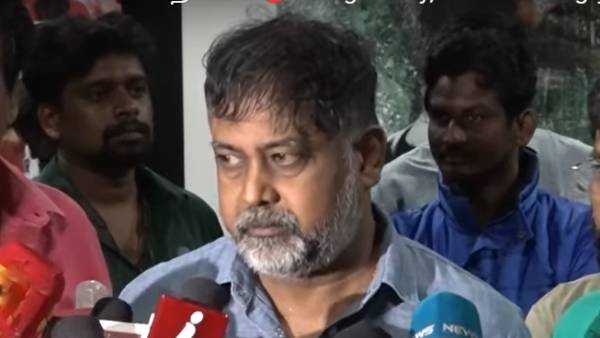 Varisu is creating ripples in Tollywood and Kollywood. Hot debates and harsh comments have been a daily affair. Producers of both the industries are becoming increasingly aggressive on media. The statements are getting out of hands and creating unnecessary rifts between the two giants. In this connection, Linguswamy has warned Telugu producers in a bitter way.

Varisu is being produced by Dil Raju, starring Thalapathy Vijay. Dil Raju has already allocated good number of quality theaters for this dubbed Telugu movie, even at the expense of two straight Telugu films of Balayya and Megastar Chiranjeevi. This created a sense of unease in tollywood and Telugu producers council advised Dil Raju to rethink about this, quoting his comments during Sankranthi 2019.

However, the issue wasn’t so controversial until the Tamil producers stepped in. Tamil producers council has issued a notice about attempts to restrict the release of Varisu/Varasudu when the scenario is absolutely the opposite.

In fact, producer Dil Raju is actually favoring the movie beyond the market strength of Vijay in Telugu. In this context, Allu Aravind responded saying that post Bahubali we are one industry crossing language barriers and state borders.

However, the tone of Tamil producers continued to be threatening. Tamil Director and producer Linguswany has responded in a harsh manner, saying that consequences would be severe if Varisu is restricted. Situations will change in such a way that, pre Varisu and post Varisu will be entirely different for dubbing movies according to him.

He added that Bahubali, RRR Or for that matter Avatar are easily getting access to Tamil theaters hence any attempts to restrict Varisu will have bad effects for Telugu films. However, this loose talk from noted film personalities in Tamil industry is not wise. They are failing to notice the acceptance of Tamil movies in Telugu states.

They always get the right share of theaters, many Rajinikanth, Shankar movies have done wonders at box office. Flaring up a non issue based on their assumptions not in reality, is terrible. It’s time Tamil producers stop this tone and settle amicably.