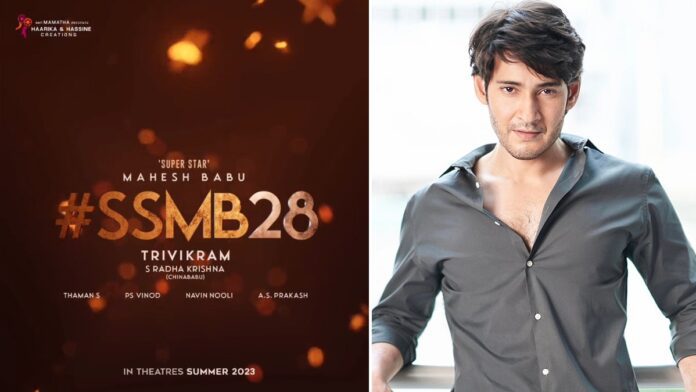 Superstar Mahesh Babu is currently doing a movie with director Trivikram. This is the 28th movie of his career, popular as SSMB28. The shooting of this movie has been delayed due to various reasons like change of script, demise of Superstar Krishna.

Trivikram is known for shooting his movies quickly. However, for this movie an action sequence was planned initially, but it was stalled due to discrepancies in the script. The team finalized an entirely new script. With the new script, the team is trying to go on floors in December first week.

We have to wait and see if the team could meet the deadline. Doing things in hasty manner will not do good for the film but then it’s up to them because they will be the sole owners of profit and loss, so decision should be theirs.

Mahesh is a perfectionist. He won’t compromise for poor quality for reaching deadlines. This attitude is certainly good, but at the same time from production perspective it will be a conflict. We have to wait and see how well Trivikram manages quality and time.