RRR is sensational in Japan and crosses 2 million mark 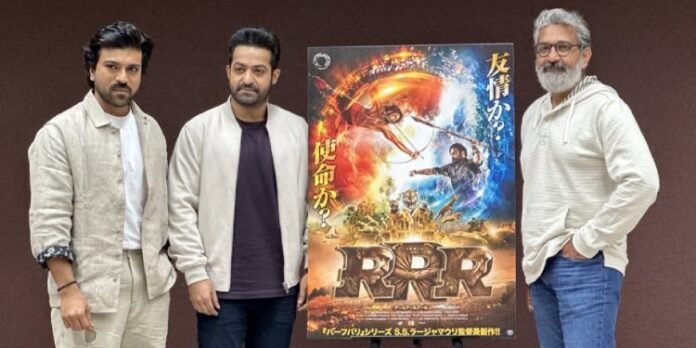 Rajamouli’s RRR continues to receive unprecedented love from the overseas audience. Initially, in Japan, everyone felt that the film isn’t performing up to its potential and said that it is waste of efforts to release there. But with strong consistency at the box office, the most important work is now on its way to creating history.

Ram Charan and Jr NTR starrer started off on a good note in Japan, but it looked like just a decent result and not something extraordinary. After a good initial start, the film carried forward its momentum and is now shining with its long run.

RRR team has done a lot of hard work regarding the promotions. SS Rajamouli, Ram Charan and JR NTR all have participated in numerous promotional interviews and even after the film became gigantic success in India and Worldwide. They didn’t stop promotions for the Japan release, and their efforts are being paid off.

After raking in over 1200 crores at the worldwide box office in its initial run, RRR is continuing its record-breaking journey. It will be interesting to see how the film will perform in China, which is considered to be one of the lucrative markets for Indian films.

Meanwhile, recently SS Rajamouli confirmed that RRR part 2 is definitely on the cards and have got a basic idea for it. His father, VV Vijayendra Prasad, is working on the concept. However, it is expected to at least after 2-3 years to kick-start as the director is currently busy with a film with Mahesh Babu, which is touted to be a globe-trotting adventure.