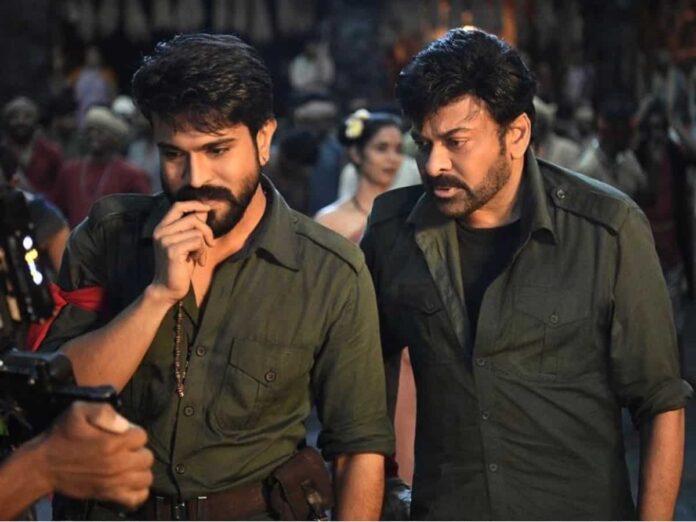 Megastar Chiranjeevi’s last theatrical release, Godfather, was a Box office failure. Though it got a decent amount of talk, the film didn’t reflect it in the collections except for first weekend.

But what’s more surprising is right from the day1 onwards the Godfather team is trying to prove that the movie is a successful movie. We all know that Acharya movie released in this summer became a terrible disaster at the box office.

So now Chiranjeevi and his core team is hell-bent on proving Godfather movie as a comeback hit for the Megastar. They are even trying to give bloated numbers to project the film as a success. The final gross collections of godfather are around 100 crores, but Ram Charan has given a much more number than that.

As the film is produced by Konidela Production Company, Charan disclosed the film’s Box Office numbers. He said the film did fairly well despite being extensively watched on OTT. It made about Rs 145 Crore to Rs 150 Crore at the box office, according to him. Charan made these comments during his one-to-one interview with Hindustan Times in Delhi.

“ Yes, we will lose a big chunk of the audience who have already seen the original film on OTT. The audiences might not want to come to theaters to watch the remake. Maybe the charisma of the star, star power would also have dragged the people back to theaters even though they have seen. But will that formula always work? I’d say no. I don’t know if I’d continue doing a lot of remakes” he said.

See also  Sukumar in plans for "Rangasthalam 2" with Ramcharan ?

Charan further added, “If I do a remake, I’d probably ask the producer of the original to not release it on OTT. On those conditions, I may do a remake. If I’ve seen a movie in theaters and if I like it, I might request him not release on OTT. Perhaps I’ll be interested. Otherwise, going forward, we’d all prefer to do original scripts.” Charan said.

Well, it is appreciable that he has learned that remakes are not safe anymore. He should also concentrate on giving the box office statements with the correct numbers. Because giving bloated numbers won’t do any good to him or his films, be it his movies or his father’s movies, which he is producing.