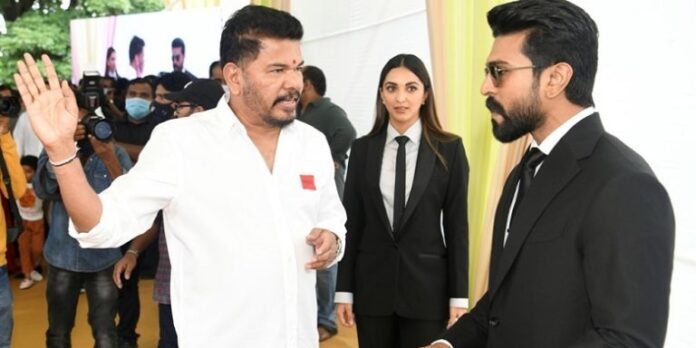 Shankar’s movies are known for grandeur as much as for the entertainment and messaging. He picturizes songs with extra care, effort. In the process, the movie budget is significantly spent on songs. The visual effects, the locations, the costumes reflect the grand scale of the movie.

Songs are also one of the reasons for Shankar’s movies becoming the best work and classics. The songs of his previous films are among the most watched on YouTube. This ace director is now making a movie with Mega Power star Ram Charan for the first time.

According to latest news, one song in this untitled movie (RC15 working title) will be shot for 12 days and the expenditure for this song alone would amount to 15 crores. The shooting for this song is planned in New Zealand. The news has surprised everyone and increasing the hype on the movie.

See also  Mythri is confident of Adipurush not releasing for Sankranthi

Generally 15 crores is too much for a song and many medium range movies are shot with that budget. Spending such huge amount for a song is unforeseen in Telugu industry in recent times.

It is known that Ram Charan is one of the best dancers of tollywood and his collaboration with Shankar is special for mega fans. They are already imagining massive sets and Picturesque locations, along with great choreography. Adding to their imaginations, this latest news regarding the budget of the song is driving the fans crazy. Not only the fans, common audiences are also fond of Shankar’s song picturisation.

According to sources, Thaman has given wonderful music and choreographers like Jaani master has already done a good dance number which will be an eye feast. Doubling the hype, this latest news about the song to be shot in New Zealand is giving kick to fans.

Kiara Adwani would be dancing along with Ramcharan. The movie is being produced by Dil Raju on a grand scale because it’s his prestigious project, this would be the most expensive film for his banner.