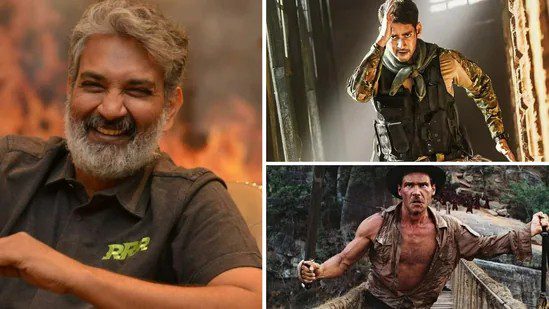 Supreme director Rajamouli’s next movie will be on a grand scale with Superstar Mahesh Babu.This is old news as we know. However, Rajamouli’s statements about that movie are creating ripples on social media.

While interacting with western media, he said that his next film would be with Mahesh. According to him, the movie will be inspired from Indiana Jones series and his vision is to make a globe-trotting adventure action movie. He also added that Mahesh would look terrific in such an adventurer role.

Rajamouli had always thought of remaking a period movie with Mahesh, but fans during an event wanted him to make a Bond type action movie than a period movie. His priorities changed, and he has taken this kind of adventure genre for Mahesh, which balances both the star and director’s potentials.

The movie is still in developing stages and would only go to floors next year. Rajamouli is also busy in the west for promoting RRR at the Oscars. So, it will take time for him to prepare a full-fledged script for Mahesh’s Movie.

The expectations on Mahesh and Rajamouli’s movie will be sky-high and RRR’s journey in the West will also help Mahesh-SSR movie to reach to wider section of audiences across the globe. We wish that happens for real and the film lives up to the hype, of a globe-trotting adventure.