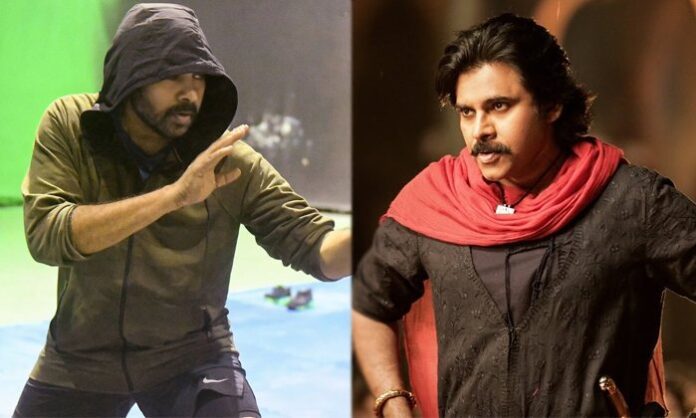 Hari Hara Veera Mallu is probably the most prestigious among the upcoming movies of Powerstar Pawan Kalyan. This period action epic is being shot at brisk pace. It’s current schedule is happening at Ramoji Film City.

According to sources, a massive action episode is currently being filmed. A long schedule is underway for which the team is relentlessly striving day and night. Pawan Kalyan also involved in this hectic schedule and is toiling to get the schedule done in time.

Pawan Kalyan who is keen to spend more time on politics for 2024 elections wants to wrap up the shooting for this movie at the earliest. Hence there is a rush in the team as well. For the political reason this mega hero isn’t accepting any new movies.

Hence his primary focus is Hari Hara Veera Mallu getting done at the earliest and then solely dedicating time to politics. Obviously it is a big task to manage and balance the shooting and political meetings so he’s working very hard to meet the ends.

The production house of Hari Hara Veera Mallu is planning to release this movie for summer 2023. The genre is also ideally suited for summer as kids and families will show interest in period movies with historical background.

Nowadays people are more excited to historic events based movies. Hope the movie releases on time as planned and throw some light on 17th century India, which eventually makes it reach more audience and appreciation.