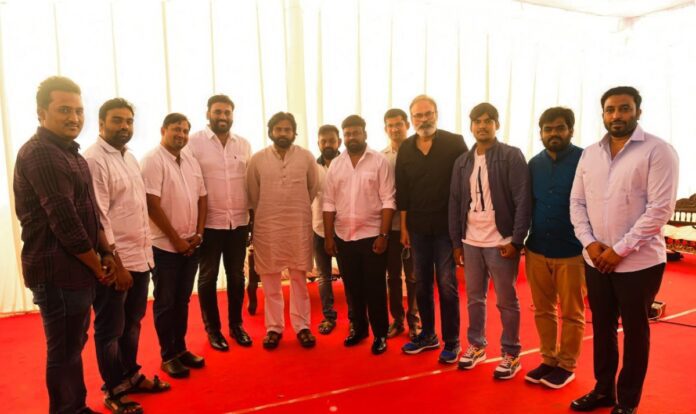 Jalsa is one of the biggest hits in power star Pawan Kalyan and director Trivikram’s career. The movie still having massive impact on fans that the rerelease of this movie collected more than 1 crore rupees. It received gigantic response from Pawn fans and the celebrations reminded that of a grand new release.

As said above, the amount of Rs 1 crore, which was collected from the special screenings, has now been donated to the Janasena party’s ‘Na Sena Na Vanthu’ program.

Pawan Kalyan fans Sai Rajesh, SKN, Satish Botta and Dharmendra handed over this check to Pawan Kalyan by the hands of Nagababu, a member of Jana Sena Political Affairs Committee.

Pawan Kalyan and Nagababu appreciated the Janasena followers for their thoughtful gesture. Nagababu clarified that even though the activists are all working in different departments professionally, they are united in their ambition to contribute to the development of Janasena.

Mega fans are generally active in doing social service, be it Blood Or eye donation. Now the trend is that fans are contributing to Janasena on the eve of birthdays of mega heroes.

Taking this one step further, fans are giving the profits of the rerelease to Janasena is a novel way of supporting Pawan. Politics is an expensive affair in current times, fans mobilizing such huge sum of money through rerelease of movies is a good idea according to netizens.