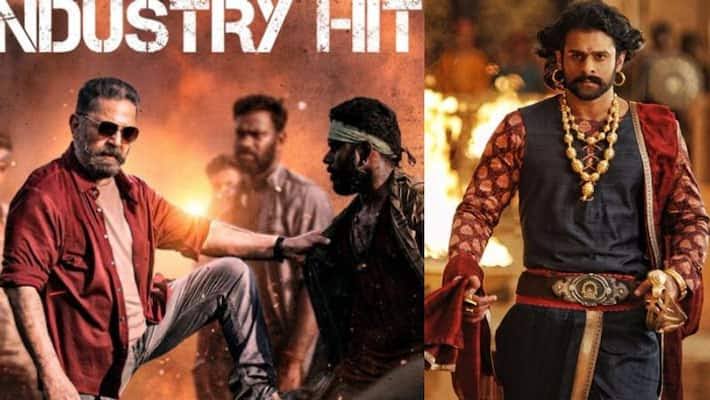 The latest movie ‘Vikram’ starring Ulaga Nayagan Kamal Haasan which is shaking the box office. After a very long time, an out-and-out action movie came out from Kamal sir. With such a good movie coming out of Kamal in recent times, his fans have been eager to see this movie over and over again. Which is why it is creating new records at the box office. The film was released on June 3 and got positive talk from the very first show. The entire unit is rejoicing as the film has recently surpassed the Rs 300cr club at World box office. And in this order, another good news came to the unit. This film made another sensational record. Vikram has surpassed the lifetime collections of Visual Wonder Baahubali 2, which is a record.

It is a well-known fact that Baahubali 2 is the highest-grossing film in Indian cinema and also at Tamil Nadu box office. For the past 5 years it’s record was unbeaten. But now, the latest reports says that ‘Vikram’ has surpassed the collection of ‘Baahubali 2. This film collected around Rs 155crs gross in Tamil Nadu and remained as the top-grosser of the state for 5 years.

‘Vikram’ has finally broken the 5-year-old record of it by collecting around Rs 160 crores in Tamil Nadu alone. It is notable that Vikram has surpassed Baahubali 2’s lifetime collection in just fifteen days. It has also broken box office records in other regions.